It all started when the seals on our windlass decided to pack it in over the weekend, leaking gear oil over the decks and into the anchor locker. Wanting to avoid getting water in the gear oil and fearing we could damage the windlass further if the oil level got too low, we motored to Southwest Harbor to see if we could get a marine shop to take the windlass in for a rebuild. Monday morning I took on the huge job getting it taken apart and removed from the boat. 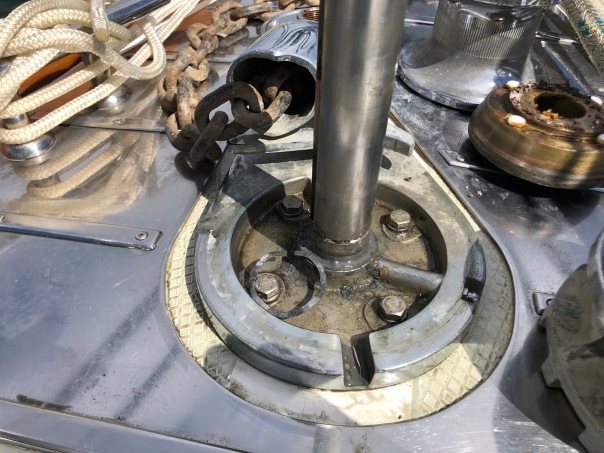 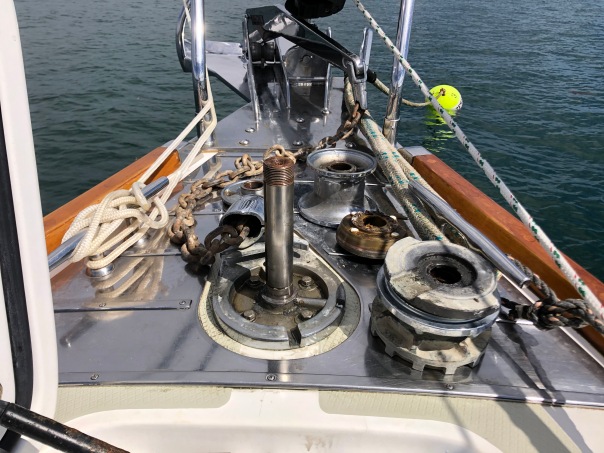 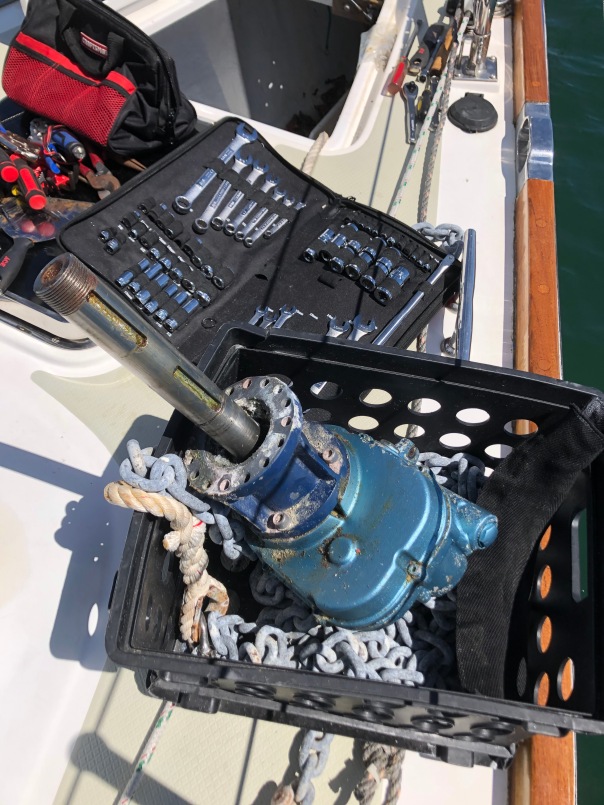 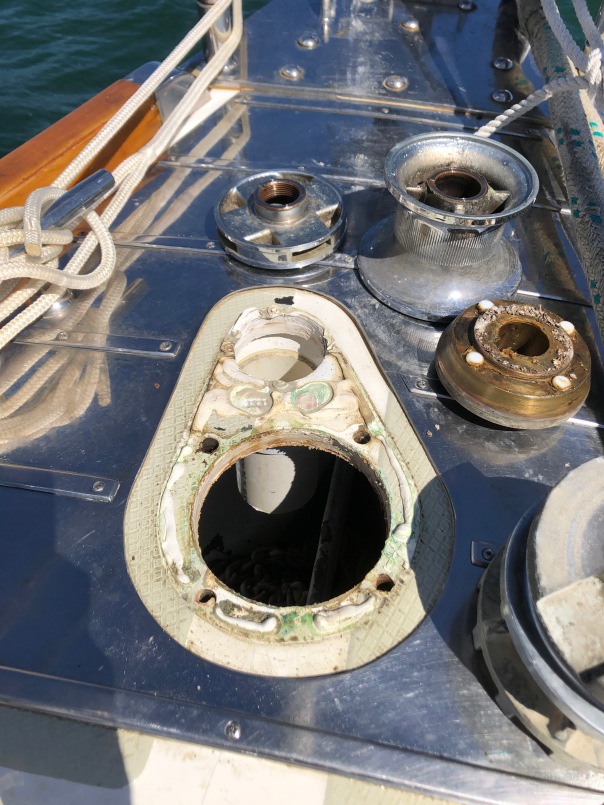 Between removal / installation and taking it to and from the repair shop three miles up the river, the windlass adventure took up the better part of two days to sort out. Hard work.

But worse than the windlass was a failure of the toilet system aboard the boat. It was tough to diagnose – tough enough that I had to rebuild a pump twice only to discover that none of the parts I replaced were the cause of the issue – rather, it was a clog. More diagnosis followed before I traced the clog to a pipe in the holding tank, which is under the forward sail locker. If the photo below is unpleasant to see, I leave it to my readers’ imagination how unpleasant it was to get those parts apart and snake the pipe – all after after having rebuilt one of the waste pumps twice. 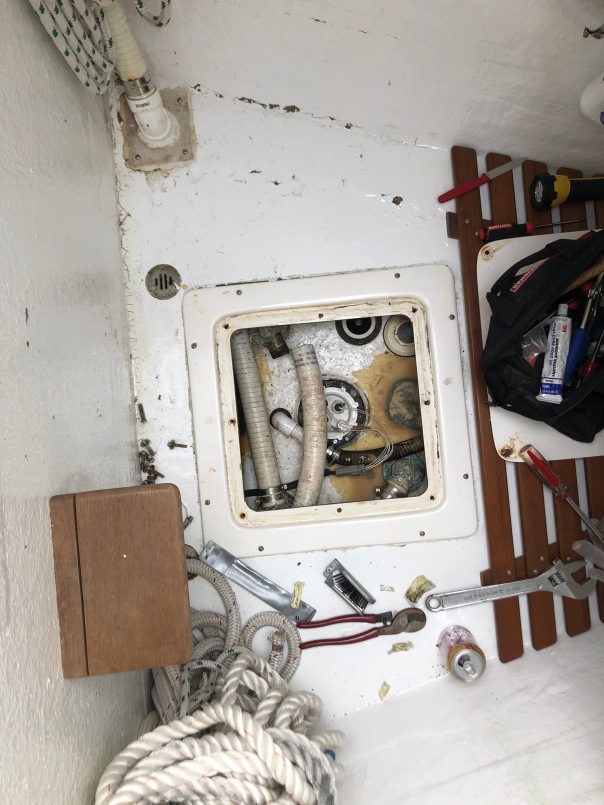 In the end I managed to get two days of hiking in the Acadia National Park and some other assorted rest but a significant portion of my week off was spent with tools in my hands.

I truly love looking after the mechanical systems on the boat but I hate the engineering crucibles when multiple critical systems fail at once. That’s cruising though – big ‘highs’ and big, big ‘lows.’ Don’t believe any blog your YouTube channel that depicts this lifestyle any other way.