Credit to Brian for this awesome video footage of Lisa and I sailing from Annapolis to Rock Hall Saturday, directly into a northerly that ranged from the low to upper teens in strength.

I was able to hunt down and identify the make and model of the French production boat I “raced” earlier in the week, which I observed making significant leeway relative to my Sabre while sailing upwind in a stiff breeze. END_OF_DOCUMENT_TOKEN_TO_BE_REPLACED

I’m so heartened when I see that someone has lavished love an attention on an old production boat. We more or less expect people to love and care for high end models like Hinckleys, but isn’t there even more virtue in finding that someone has lavished love and attention on a 1970’s production boat? Here in Rock Hall I stumbled across this gem, a sister ship to our 1979 Pearson 40, Endeavor. All these years later I still find the design – for all of its flaws – to be uniquely striking. Look at the love someone has shown this gem.

She still looks almost totally original; I can only hope and assume that the bow pulpit is off for repair and will be re installed! Notice how they have retained the teak dorade box aft of the forward hatch, with its novel hinged cover to store winch handles. Ironically, my 1989 Sabre also has a deck mounted plexiglass lid, under which winch handles were to be stored. Both boats harken back to an age when halyard winches were on masts, which as a single handler, I often long for!

By contrast, I find it heart breaking when an old boat has been blocked in a yard and left to rot. In the photo below, this older production boat probably wasn’t constructed all that well, but the hull form looks to me like it would sail very nicely. Note the deep forefoot, long cord length keel, and generous deadrise (see my last post!). It’s so sad, and so unnecessary at the same time. If someone had just maintained this boat, then two nights ago they could have been out on the bay with me, beating into that stiff southerly, giddy as this boat cut through the chop in a canter, just like my Sabre was. I wonder what the owner was doing instead. I wonder if it was anything like as meaningful. I’d bet good money he or she was in front of a TV, sitting with an idle brain, wasting time as this poor baby wasted away in the yard, unloved. 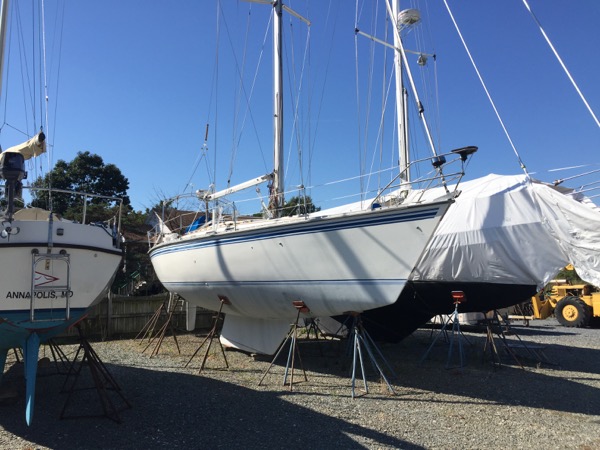 Consider the Pearson 40 I found by contrast. In this photo, look at the time they spent replacing the weather boards with plexiglass, and lovingly varnishing the teak coamings in the cockpit. Whoever you are, those of us who love sailboats thank you. We’re part owners of these wonderful creations, and we’re part stewards of them on behalf of mankind. 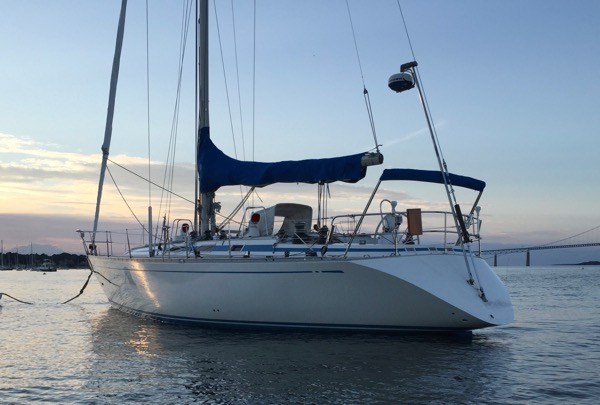 Stay with me here, because even I think I sound a bit like an old fart with this line of reasoning. It could well be that we all have an affinity for things that remind us our our youth. A such, I could just be getting old and prone to lamenting the passing of the “good old days.” But just in case I might be right, let me pose the following question for debate: have the best-sailing cruising boat designs that history will ever record already been built? Are marketing and other business considerations distorting contemporary yacht design away from the best hull forms in a manner similar to the way the IOR racing rule distorted 1970s designs? Here is one article, and another that can serve as primers for the discussion.  END_OF_DOCUMENT_TOKEN_TO_BE_REPLACED

After nine months of dedicating literally every available evening and weekend to fixing up the Sabre, we finally launched her three weeks ago on August 16th. Our laundry list of projects ended with flair, in the form of the most stressful and technically difficult mechanical project I can ever remember taking on: replacement of the centerboard conduit couplers. 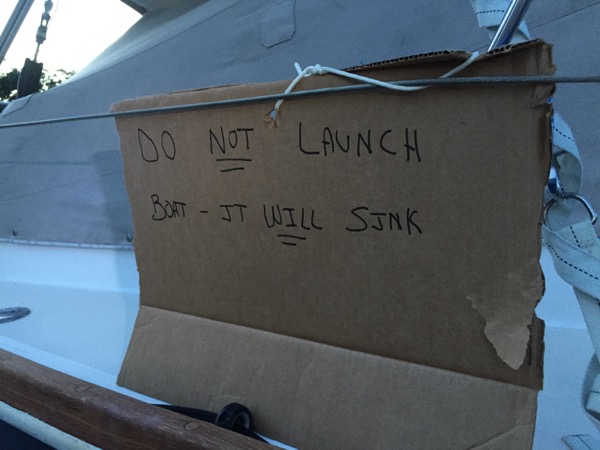