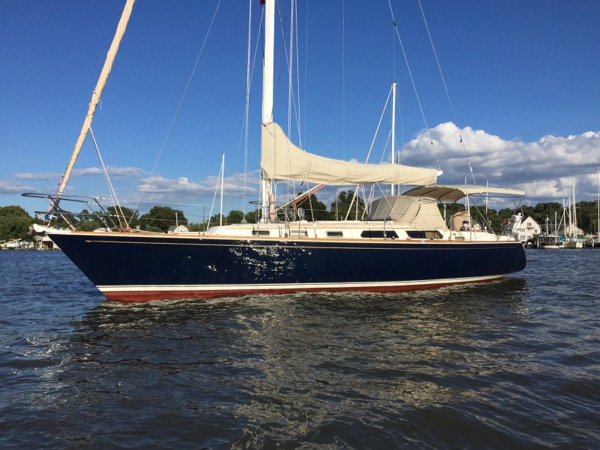 After nine months of dedicating literally every available evening and weekend to fixing up the Sabre, we finally launched her three weeks ago on August 16th. Our laundry list of projects ended with flair, in the form of the most stressful and technically difficult mechanical project I can ever remember taking on: replacement of the centerboard conduit couplers.

Working on this part of the boat required a weekend hang in the Travelift slings so the centerboard could be lowered (and could be painted while we worked).

I won’t bore our faithful readers with the gritty details, but the work was incredibly hard to accomplish, as it involved the removal and re-bedding of a sheave box in the very bottom of the boat. With crazy hot temperatures and a strict Monday morning deadline for launch, we gutted out an incredibly difficult weekend only to find the sheave box leaking when we tried to launch Monday morning. The boat was hauled back out and re-blocked, and on Monday evening I effected a fix that will most definitely stop any leaks and will make the sheave box installation a lot more secure on top of that. On Tuesday we splashed her again and, observing no leaks (woohoo!) started preparing for our season.

I have written many times on these pages that 95% or more of the work we have had to do on this boat has not been at the hands of defects from Sabre, but rather defects introduced by poor workmanship by marine contractors after she was built. The centerboard conduit needs to go on record as being an exception: The rubber couplers should be replaced periodically for safety reasons and they proved to be INCREDIBLY difficult to work on. Tisk, tisk, Sabre. Not a good design for serviceability.

With that being said, we have now begun a blisfful late summer / fall cruising season. Following are some of the highlights to date.

A few days in a slip at the Annapolis Yacht Club, during which we hosted an “open boat” party to celebrate the “2.0 release” of Le Saberage: 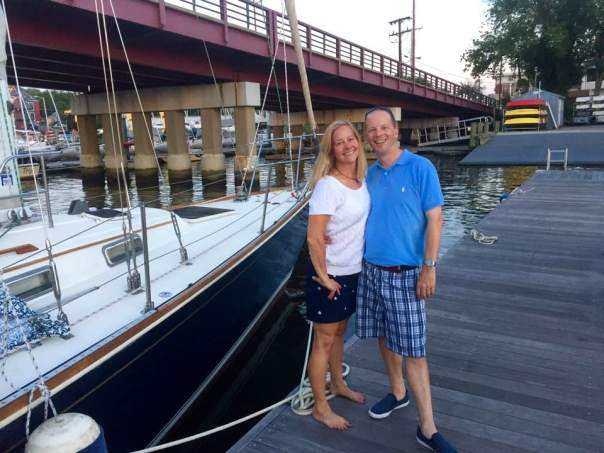 A return to the heaven that is Lake Ogelton, during which we enjoyed multiple afternoons WFB (working from boat) while taking in the scenery: 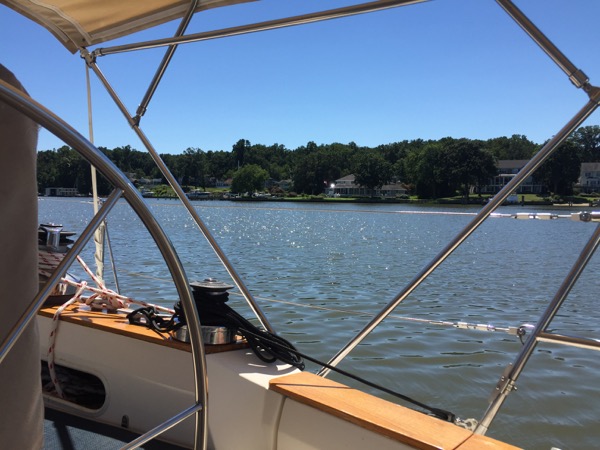 A fabulous single-handed trip to Haven Harbor marina in Rock Hall, where we had a broadband internet system installed on the boat and had a faulty refrigeration system checked out (the projects are never fully done!).  During the passages I tried out the J/105 spinnaker donated to the boat by our good friend Fredrik and found it to be a CRAZY perfect fit. Woohoo! Our downwind reaches will be faster and more fun now! 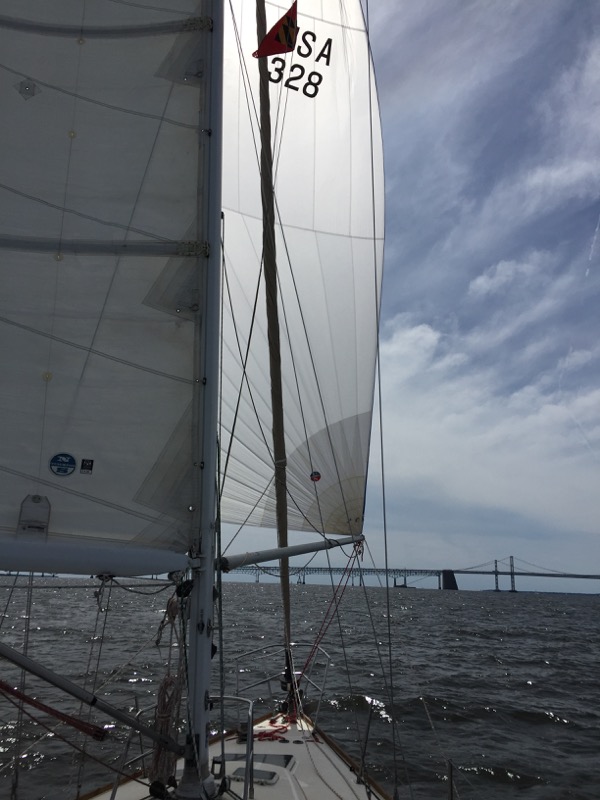 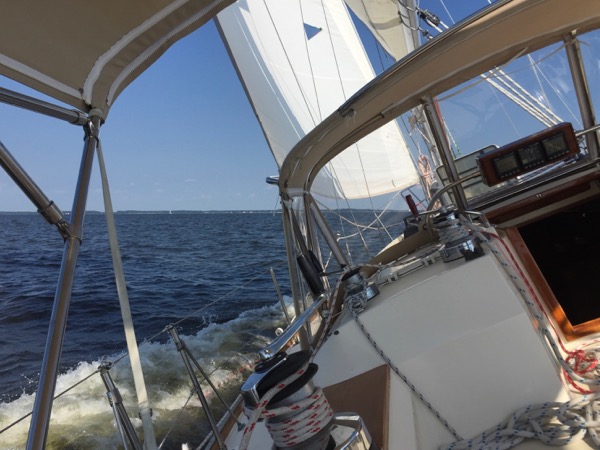 And finally various and sundry delightful quick day sails, evenings, nights and meals aboard. We still have a small list of items to attend to but on the whole the finished “2.0” version of this wonderful boat has come out very nicely and we couldn’t be happier with her. Our focus turns now to some light fall cruising and final preparation for the passage to Florida in late October / early November. 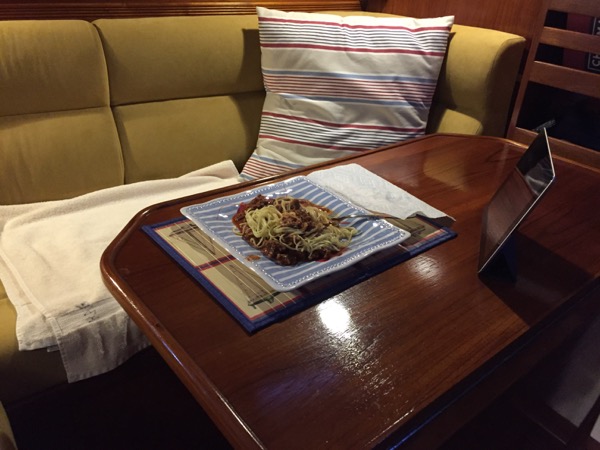 2 thoughts on “All Of The Hard Work Was Worth It!”