Sometimes on a voyage this long, the operational “To Dos” of running the boat start to really pile up, so on October 28, a week to the day after the voyage began, Brian and I piloted a short trip to Bellhaven so we could free up some hours for a variety of chores.

After weighing anchor, we entered the Alligator River – Pungo River Canal and marveled at the scenery – a miles long canal cut straight through the center of a swamp. The highlight from the scenery here wouldn’t be the swamp itself, but the clouds of small birds hunting for bugs above us for the entirety of our trip through the canal. They were so populous as to resemble a cloud of mosquitos – especially if one magnified the spectacle by looking through binoculars. I couldn’t help but ponder the notion that tens of millions of people in the United States were at that very moment expending the day’s hours under the fluorescent lights of office spaces – for the purpose, as the saying goes, of “buying things they don’t need, with money the don’t have, to impress people they don’t like.” Naturally I’m not saying anyone who doesn’t quit their job for the life of a vagabond at sea is a fool, but there is something more than a little foolish about missing out on experiences like this one in favor of converting our time on earth into more material excess. There’s got to be a better balance to be struck than the one 99% of us choose. But alas, enough philosophizing. 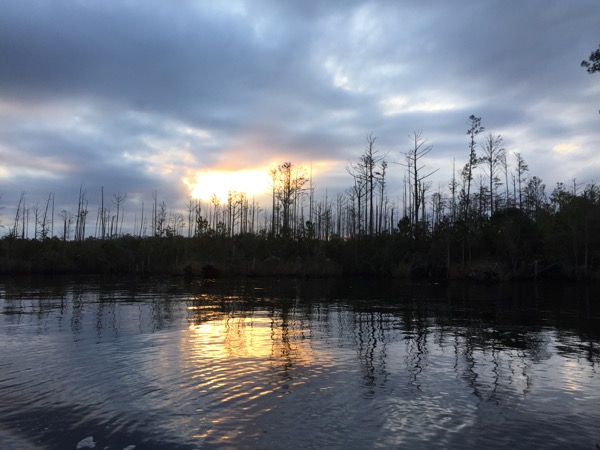 …and finally into an even wider bay before we made a right turn and took at slip at River Forest Marina in Bellhaven. 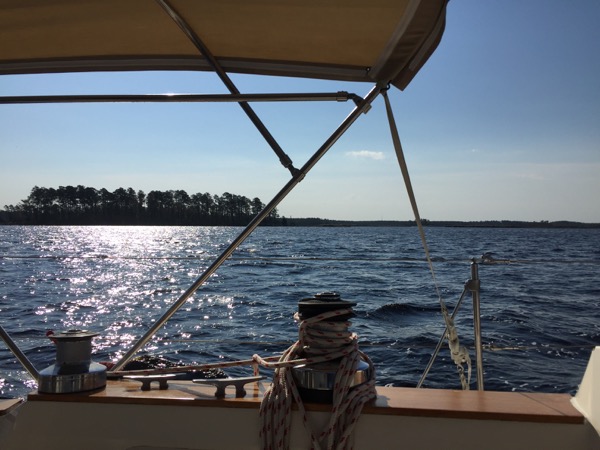 We were early enough to borrow one of the marina’s golf carts and run into town for a hot lunch and a beer.

Next we earned our keep as crew aboard Le Saberage by lavishing attention upon her. She got a tank full of diesel, a deck wash down, a holding tank pump out and a fresh water top off. By the time cocktail hour came she was purring like a kitten and so were we. 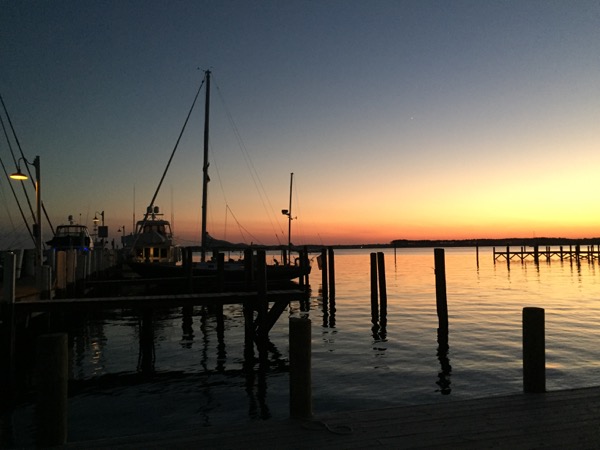