Those crossing from Florida to Bimini will want to choose a weather window to avoid northerly or northeast winds. The Gulf Stream runs from southwest to northeast in this part of the ocean, so southeast or southerly winds make for a much smoother ride. We only partially succeeded in scoring such a window when we crossed last December, which resulted in a bit of a lumpy motor sail at the start of our trip.

It’s also recommended practice to leave at night and to travel overnight such that a landing at Bimini is made in the daylight. The sunrise is a nice treat for a hard night’s work.

Bimini’s primary harbor has a few marinas and anchorages to choose from. We started at the Big Game marina, which was expensive and exposed to a lot of noise from a nearby municipal facility that seemed to be running some kind of a turbine engine. It sounded like a jet revving up for takeoff. On a later visit we stayed at Brown’s marina which was quieter, more reasonably priced and had facilities that were at least as nice. Keep an eye out in both marinas for bull sharks, which can be seen swimming among the docks.

A related tip: find somewhere else to go if you have an urge to take a dip.

Ashore cruisers will find a fairly small, very authentically Bahamian experience with plenty of locals livening up the night life. There are a couple of nice but small beaches and much of the island can be explored by renting golf carts. Don’t expect too much resort-like polish in Bimini, nor fancy restaurants, etc. 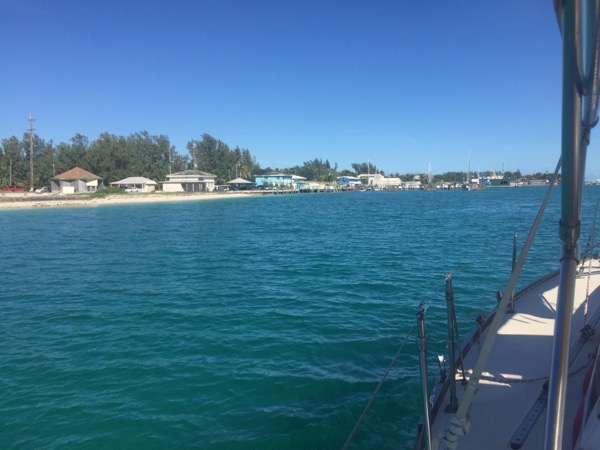 A few keys directly adjacent to the island offer some terrific scenery for overnight anchoring. We enjoyed an incredible sail south to Cat Cay. A very nice, brisk easterly wind was blowing and the rocks and keys to our east provided terrific protection from the wave action. The result was one of the best beam reaches I can ever recall in completely flat water. Under jib alone, Le Saberage was blasting along over 7 knots, frequently bumping up against her hull speed. Exhilarating, yet relaxed at the same time. Amazing. 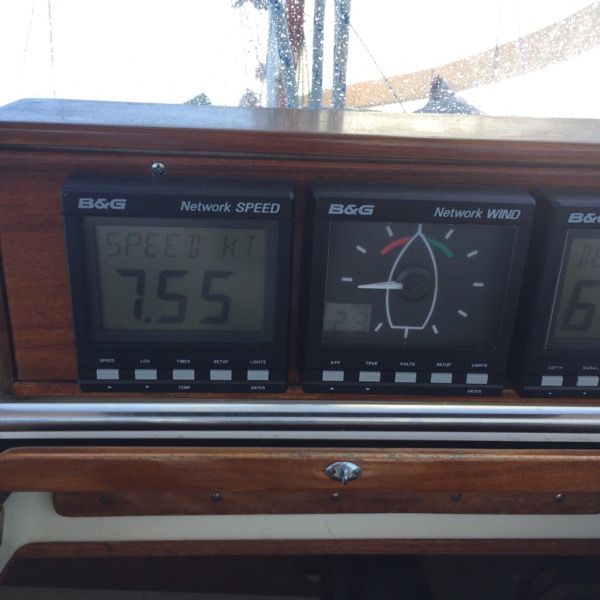 Cat Cay offers a secluded and scenic anchorage with a few good snorkeling locations and fabulous views out to the west over open ocean. There is a large sand bar that is exposed enough at low tide to be explored on foot. Expect a few friendly stingrays to mosey on by – they’re perfectly harmless so long as you don’t step on them.

A related tip: shuffle your feet when walking in sands along Bahamian beaches to avoid accidentally stepping on buried rays. 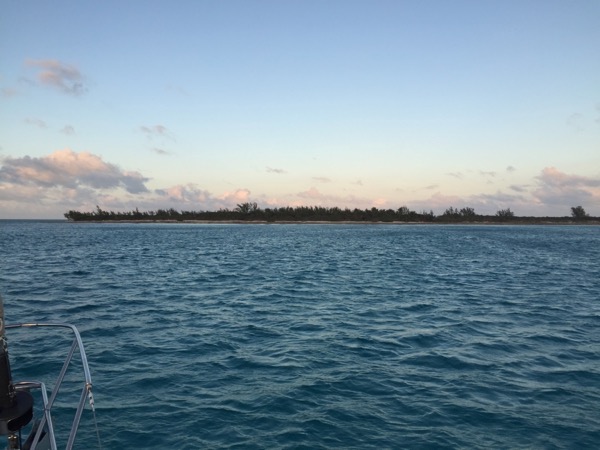 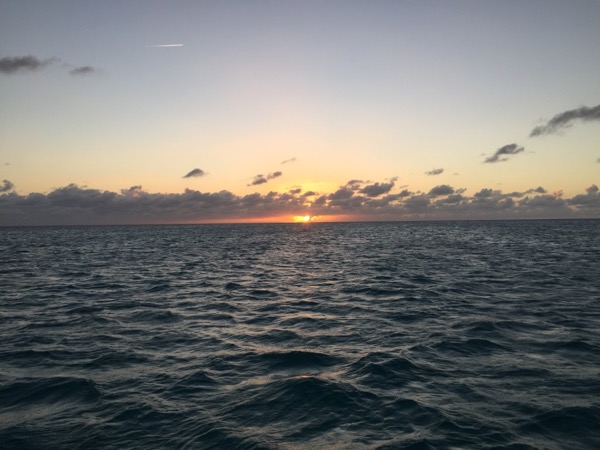