Don’t you hate it when you want to add a dockline to one corner of your boat, but the nearest piling is 15 feet away and much too tall to throw a line over it? On our Hylas 54 we found the prior owners had rigged heaving lines to solve the problem. Heaving lines are relatively light and small, but long lines with a weight on one end. Here’s what ours look like:

The the tennis ball end can be thrown to a dock hand while docking, with the opposite end tied to a full size docking line, which makes it much easier to get a dock line to a dock hand than trying to heave the dock line itself. Plus, it makes those working the deck feel like proper super yacht crew!

But here’s how the same setup can be used to get a line around a piling. First, tie the second line to the first line right near the tennis ball. Next, tie both ends of the whole assembly to the lifelines of the boat, several feet apart.  Next, throw the tennis ball and a modest coil of the heaving line over the piling so the line has gone fully around it: 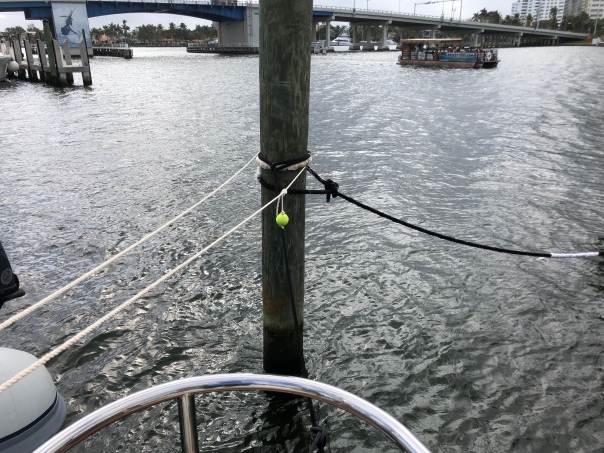 Almost there! Now, tie one end of the heaving line to the end of your dockline and start pulling the dock line around the piling: 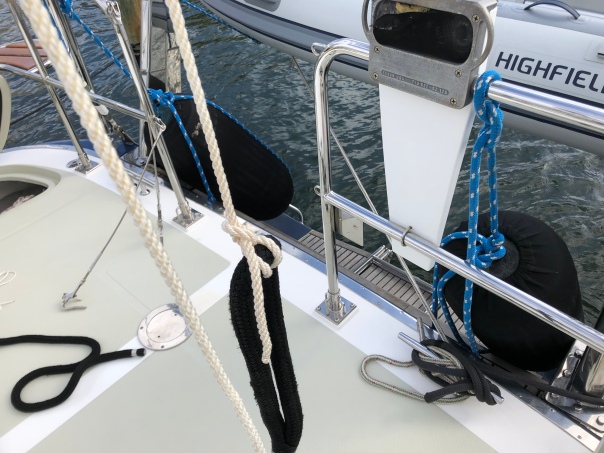 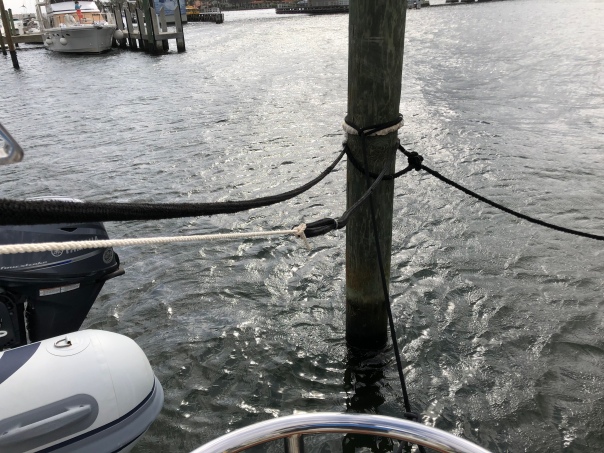 Once you get the loop end of the dock line back in hand, remove the heaving line and run the other end of the dockline through it and pull tight. Success! You’ve now got a dockline fastened to that far away piling.  Time for a rum!

1 thought on “Ever Struggle To Get a Dockline On A Far Away Piling? Rig A Heaving Line”