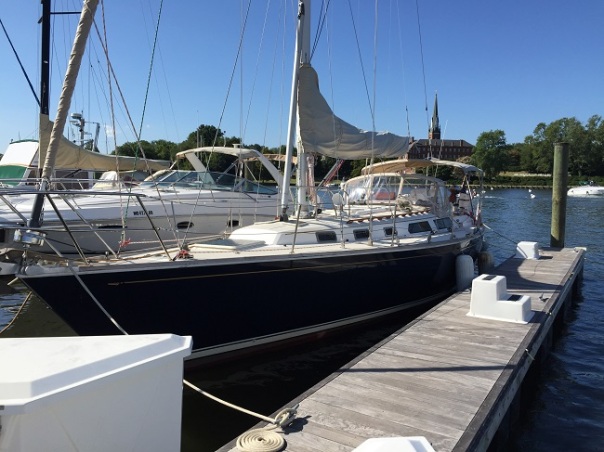 We’re back in Annapolis after an (almost) uneventful passage from New York City during which we were almost exclusively under power.

Our pre-dawn departure from the city made for some spectacular views as the sun rose. 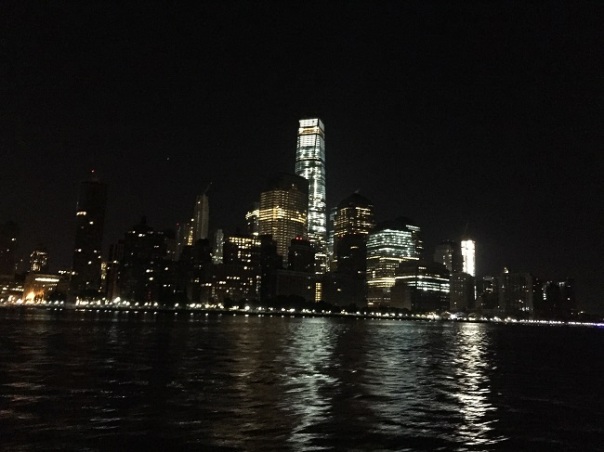 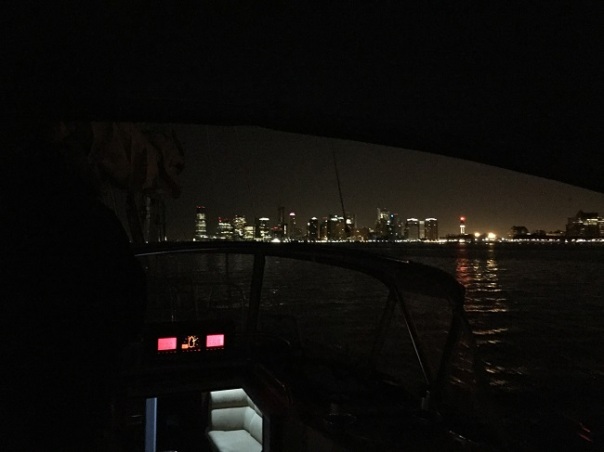 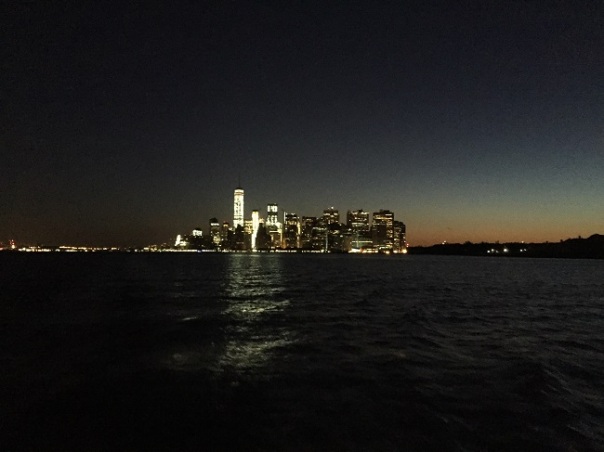 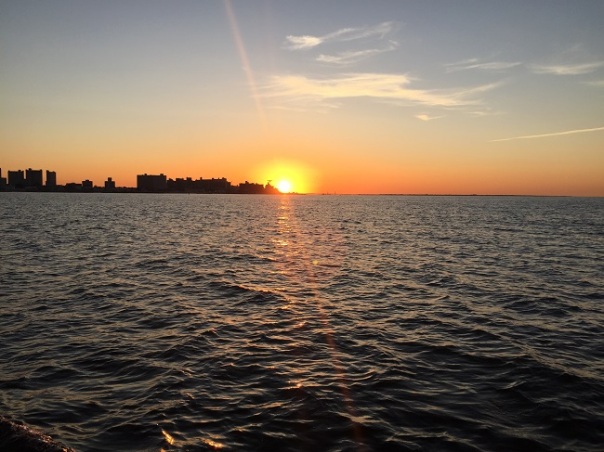 Making one’s way down the New Jersey coast means two things: lots of roll from the on-shore ocean swells, and many, many hours of staring at beaches. The whole New Jersey coast is basically one big beach. Seriously. 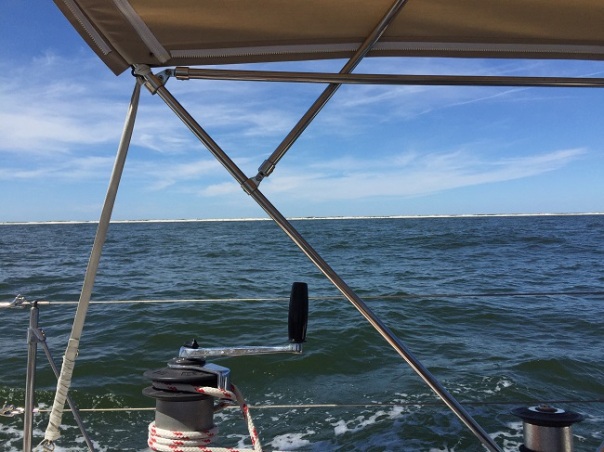 We stopped in Atlantic City for a quick fuel-only pit stop. 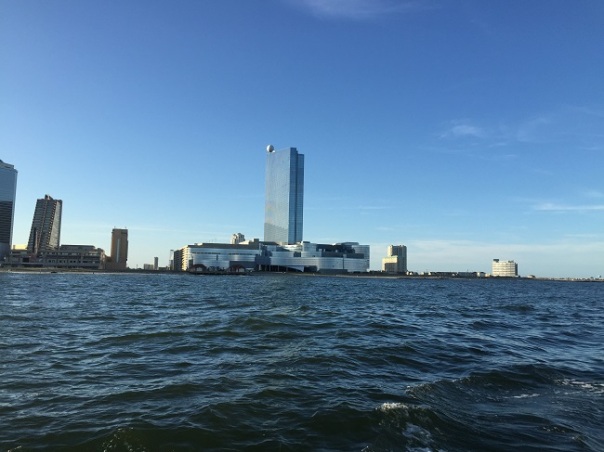 That was it for excitement until we reached the Chesapeake & Delaware Canal. We’d noticed some fog hovering over the land to our port as we approached, and upon entering the canal we got the feeling it might start to close in around us as the sun rose. 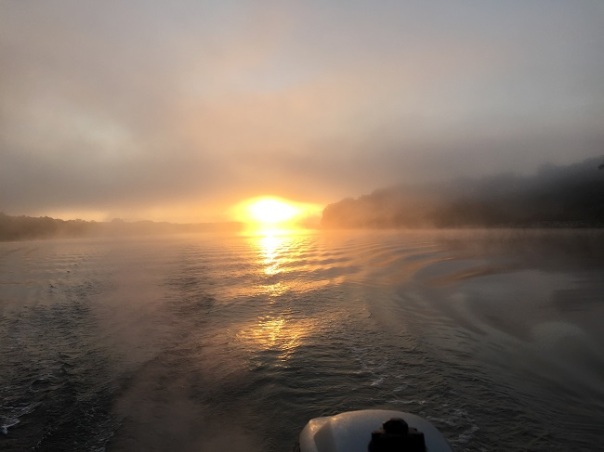 We were right. Soon after this photo was taken, it closed in completely around us. All we could do is make our radio security calls and sound our horn, then hope we didn’t encounter any ship traffic. We only needed to negotiate one maneuver around an oncoming sport fish but otherwise encountered no other vessels- particularly after the Coast Guard announced that the Canal was ‘closed to all traffic’ while we were still in it! Seeing no alternative, we soldiered on and completed our transit.  Once out of the Canal the clouds parted (literally) and it was a steamy motor all the way south to Annapolis.

2 thoughts on “Back In Annapolis!”