For those heading down “The Ditch” from the Chesapeake, the intracoastal waterway really begins with a passage through Norfolk Virginia. Here travelers will enjoy the awesome spectacle of our nation’s Navy warships. I got an extra treat by enjoying a sunrise timed just perfectly as a backdrop to my photos. 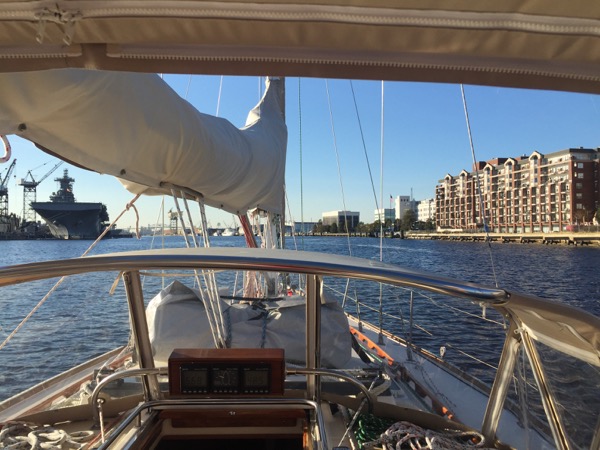 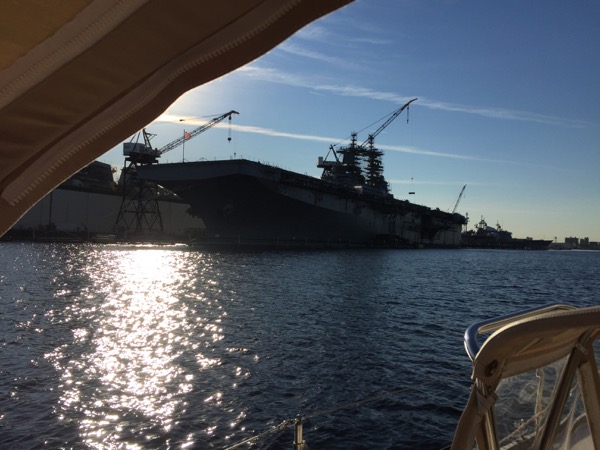 Heading further south, the Navy presence begins to lighten somewhat (though not over the VHF!!) and just as you pass the battleship Wisconsin, you pass mile marker “0” and it’s on – you’ve just started down the Intracoastal waterway south!

The ICW narrows noticeably soon after, and it was only as I entered this part of the journey that I suddenly found myself wishing I had crew. The morning was crisp and cool and a tailwind brought the very strong smell of bacon being cooked on the boat behind me. OH! To have had company on the boat to cook a hot breakfast while I stood a wheel watch. I was very jealous of that red little French sailboat.

Soon after I was to learn just how busy the ICW can be for the helmsman. In this section there were many turns and plenty of traffic, which afforded almost no opportunities to leave the helm and go below for a potty break or to get a snack. About the best I could do was to hide from the cold under the dodger and use the remote VHF and auto pilot controls in the straighter sections of the Ditch to Coinjock, of which there were few.

It was during this leg that I encountered the one and only lock to transit during my journey, which was an easy process once I got the hang of what the (very cranky) lock tender wanted me to do.

The balance of the passage was very scenic and and very busy. I got the first and one of the worst grounding scares of the trip on this passage just north of Coinjock itself. I would later hear that many boats ground on the spot that nearly got me, with a healthy potion needing a tow to get off. Whew! 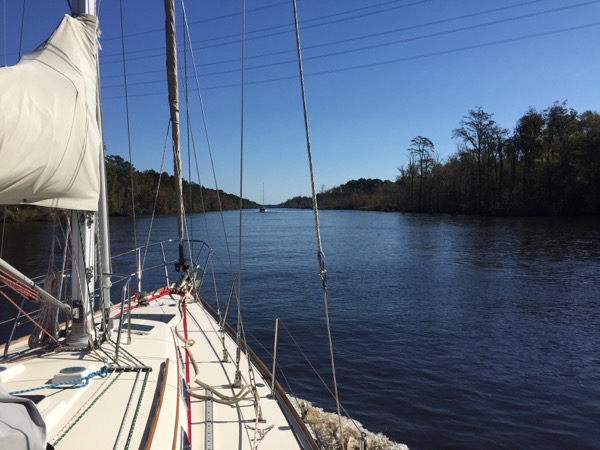 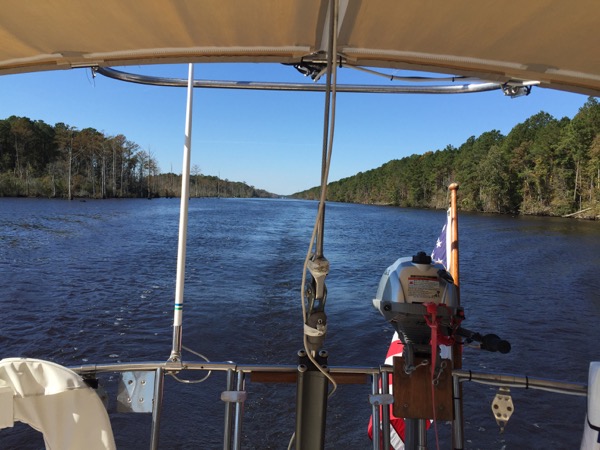 There are two marinas at Coinjock: Midway Marina on the west side of the Ditch and Coinjock Marina on the east. Pro tip: if you want to get dinner or provision at this stop, choose Coinjock Marina and not Midway. Midway offers only a dock, a friendly handshake and shore power. It’s a hike to get from Midway to anything useful, with no local taxi or Uber service available. We relied on rides from a local live-aboard and bartered wine and IT help as cab fare. 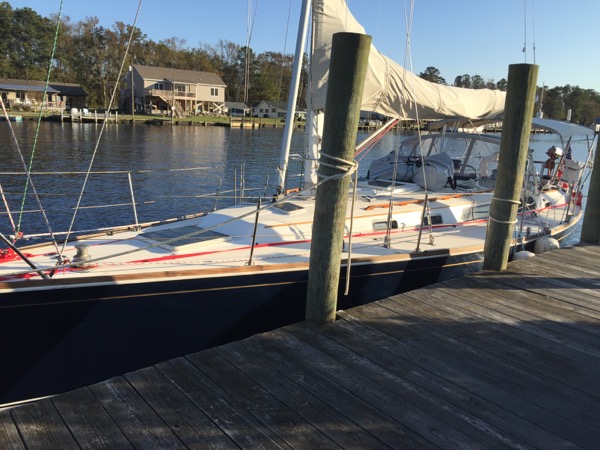 A successful if busy and mildly stressful start to my voyage down the ICW!